WHAT ARE ISM & ISPS CODE?

With the entry into force, in 1998, of the 1994 amendments to SOLAS, 1974, which introduced a new chapter IX into the Convention, the ISM Code was made mandatory. The ISM Code’s origins go back to the late 1980s, when there
was mounting concern about poor management standards in shipping. 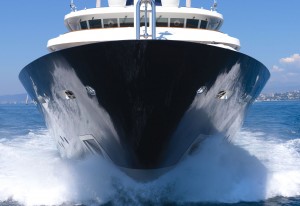 WHAT ARE ISM & ISPS CODE?

International Safety Management (ISM) Code, which started with further recognizing the need for the ship’s safe operation and for pollution prevention and was developed by the International Maritime Organization(IMO), in reality, to prevent sea casualties and marine pollution accidents caused by human errors, is now Chapter Ⅸ of SOLAS, which applies to ships, regardless of the date of construction, i.e. passenger ships including passenger high speed craft, oil tankers, chemical tankers, gas carriers, bulk carriers and cargo high speed craft of 500 gross tonnage and upwards, not later than 1 July, 1998 and other cargo ships and mobile offshore drilling units of 500 gross tonnage and upwards, not later than 1 July, 2002.

The ISM Code requires that the managing company must be responsible for the technical maintenance of the ship. In order for us to be able to fulfill our obligations in this respect, we must satisfy ourselves that there is an adequate planned maintenance routine onboard.

Monthly maintenance reports are sent by ship’s staff to keep us informed of the status of machinery and safety equipment. Where defects are reported which pose a threat to the safety of the yacht, we work closely with the ship’s staff to ensure that these are rectified as soon as possible. In practical terms, this could include visits to the ship by our technical staff to discuss solutions, the organization of third party contractors, the ordering and dispatch of parts and machinery etc.

Crew
All personnel onboard are properly qualified and medically fit.

Certification & Survey Maintenance
Records maintenance of all surveys carried out and the due dates for the next surveys. Liaising directly with the Flag Administration and Class Societies as appropriate to organize all surveys required.

Internal Audits / Routine Visits
A requirement of the ISM Code is that the company carries out audits on managed yachts. The audit team for the yacht consists of the DPA and a Technical Superintendent. Audits are a beneficial exercise, providing an opportunity to raise the level of awareness and interest in safety management for all concerned.

In order to comply with the ISPS Code, each ship must have a security plan containing measures that can be implemented for various security levels set by governments.

Threats
Advising on the level of threats likely to be encountered by the ship, using appropriate security assessments and other relevant information, ensuring that the ship security plan is modified to correct deficiencies and satisfy the security requirements of the individual ship.

Audits
A requirement of the ISPS Code is that the company carries out audits on managed yachts. This should be done on an annual basis and normally takes a full day, in conjunction with the ISM audit. We also take advantage of such audits to review security activities, ensuring that deficiencies and non-conformities identified during such security inspections and verifications of compliance are promptly addressed and dealt with.

Security
In order to enhancing security awareness and vigilance, the crew must have an  adequate training is provided for the personnel responsible for the security of the ship. Also advise on effective communication and co-operation between the ship security officer and the relevant port facility security officers, and ensure consistency between security requirements and safety requirements.

View all posts by: AdminArnaldo